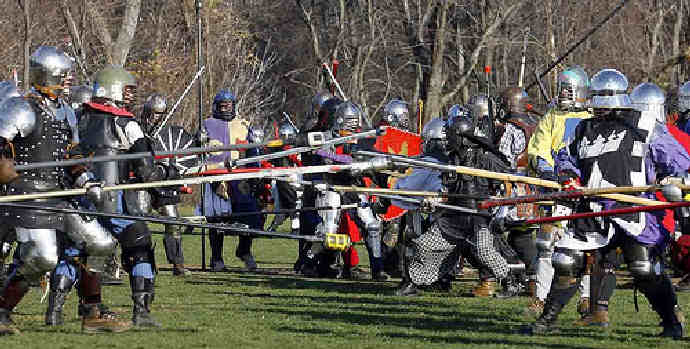 As explained on our home page, heavy weapons combat, as it is known in the SCA is a full contact, non-choreographed form of martial art. Fighters dedicate time to improving and honing their skills. The participants wear armor made of rigid materials and wield a variety of weapons made of rattan. There are two main types of heavy weapons combat. The first is tournaments, which is a one-on-one situation with a multitude of formats. The second is called melee, which can be anything from a two-on-two to a large battle consisting of a couple thousand on each side. Our household is known for doing extremely well in both tournament and melee.

Each participant has gone through a training period and has been calibrated so that he/she can accurately determine the effects of a "good" blow in their respected kingdoms. A good blow is one that would have penetrated or surpassed the armor of the individual. For this purpose it is assumed that every participant is wearing a hauberk (chain mail shirt) over a padded gambeson, with an open faced helm. Each fighter on the field is bound by his/her honor to call a blow "good" if they are so struck. If a fighter is struck with a shot that is not of sufficient force, then he will yell "light" to let his opponent know that he acknowledged the shot but it was not "good". 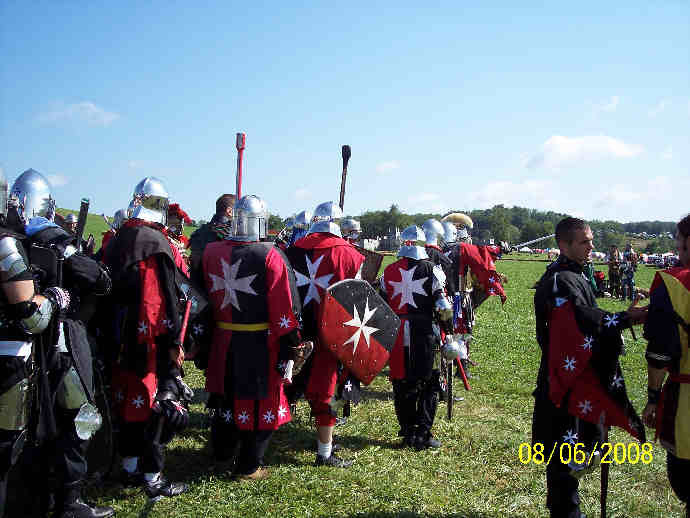 Our household is very dedicated to improving the skills of its individual fighters as well as the entire unit in both tournaments and melee. We also live by a strict code of honor and chivalry both on and off the field. We really enjoy what we do and look forward to training new fighters. If you want to know why we love what we do just look at the pictures.